An expansive, multi-part film project designed to accumulate over time, encompassing site-specific installations, a short film, and a feature-length film.

Set in an unsung corner of middle-America, The Latest Sun is Sinking Fast  chronicles the intersecting lives of a lone female wanderer, and two solitary rogue ministers.

Made additively over 8 years, with the actors aging in real time, this docu-fiction-performance film combines the real-life events of performers with the filmmaker’s own religious family history. 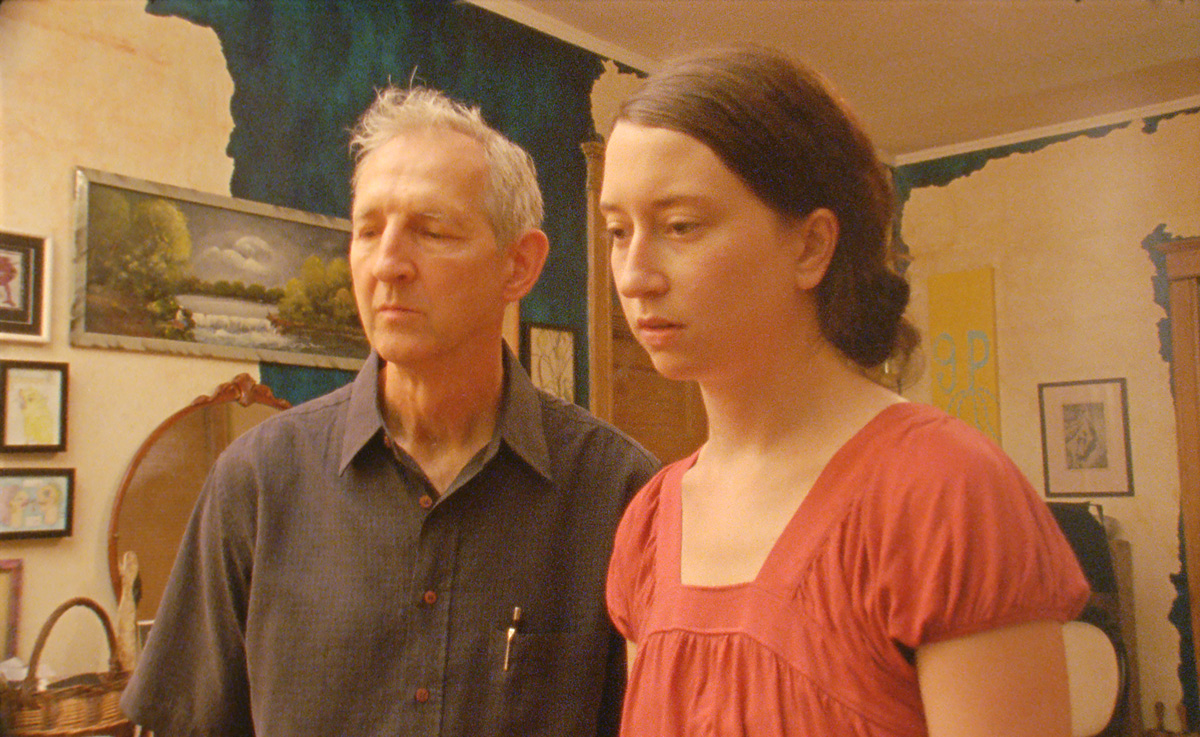 The Latest Sun is Sinking Fast

Bass takes over the upstairs Kanter-McCormick Gallery at the Art Center, expanding the territory of her gothic world in a new work The Latest Sun is Sinking Fast, an immersive, multi-channel installation incorporating 16mm film/video, sound, architecture, and featuring performances by Sarah Stambaugh, Bryan Saner, and Matthew Goulish.

The solo exhibition features a spatial narrative installation that delves, through movement, texture, sound, and gesture, into the psychology of a recurring figure in Bass’ previous films; while also introducing two new characters, blending the past into the present. Bass has designed the installation by altering the gallery, leading the viewer through a evocative memory of place, embedding us in a timeless society of lost souls in a haunted landscape.   -Allison Peters Quinn, Exhibition Director, Hyde Park Art Center

“One of the most exciting film events happening in Chicago …
Beautiful, yet vaguely terrifying.”
(Time Out Chicago)

Phoebe and Nanty
S16mm and video, 9 mins. / 7 mins.
Outside the Screen
Museum of Contemporary Art Chicago

“A show about invisible forces in the world.
One of the best art gallery shows in Chicago right now.” (Jason Foumberg, Chicago Magazine)

This project partially supported by a grant from the Illinois Arts Council, a state agency.